Retro Brawl Private is a new private server from the Magic’s Team that works on the same principle as the regular Retro Brawl, only at the beginning of the game you will get a fully upgraded account.

Retro Brawl will now be as similar as possible to Brawl Stars in 2018.

Retro Brawl Private is a brand new private server from Magic’s Team. It works on the same principle as the usual Retro Brawl, only at the beginning of the game your account will be fully pumped.

The accounts of everyone who has ever used the /full command will be transferred to the new server. But in order to log into these accounts on the second server, you will need to bind Null’s Connect. 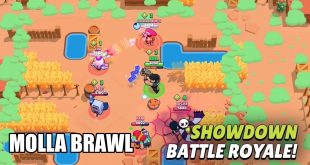 Updated on August 03, 2021. The new version of the private server of the Molla …