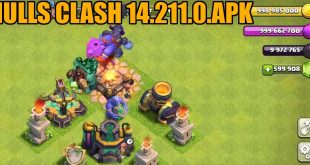 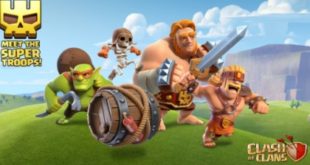 After playing for a long time we present to you the easiest and simple coc private server “clash of nulls”. The new version added a new level 13 town Hall with its mega Tesla, new levels and a new hero.

Private server for Clash of Clans 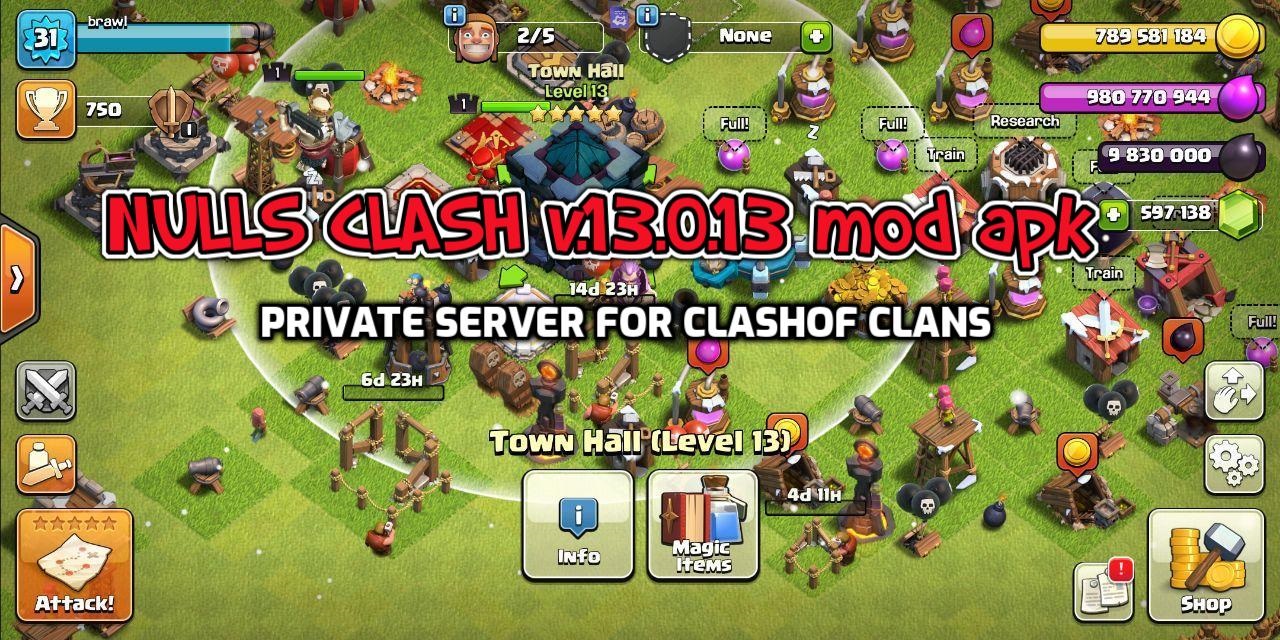 Null’s Clash for Android is a Clash of Clans MOD that allows us to play with all kinds of facilities. That is, you will have the resource markers thoroughly so that to build and train the troops you will have no limitation.
Here you will have features similar to those of the official game.

Essentially, what this version of CoC allows is to be able to play without any difficulty… which decreases the emotion a little. But it also avoids you having to go through the cashier to find out all that the game offers.

In the new version of this server, the game has added level 13 town Hall and all new changes from the official version of the game.

/asp (attacking the base itself)./cct (remove all spell and troops that are already made)./clean (reset anniversary account)./full (make the building of your level max, follow the th level)./g (for chat in the global chat)./max (recharge gold, elixir, dark elixir and gems)./status (see server status)./th (changing the level town hall you, fits you want, example : /th 13).And others.
Screenshots of Clash of Clans Mod Apk Town Hall 13
Clash of Clans Mod Apk TH 13 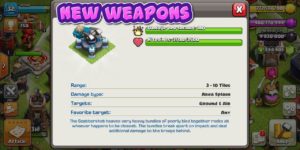 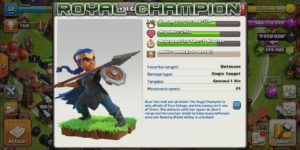 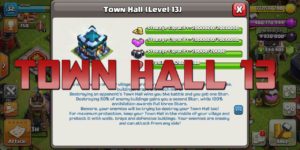