New brawler Stu is in a hurry for the new Brawl Stars update. In the new version, we will have a new brawler, a star league, new skins and much more.

STU is a sentient robot used to test toys in Starr Park.

Attack: STU fires bursts of pyrotechnic shots from its fingers as a primary attack. These shots are fired in a straight line, and it takes a single hit on the enemy to charge him super.

Super: With its super, STU can move quickly over a short distance. This charge pushes opponents and leaves a trail of fire that damages opponents who pass through it. 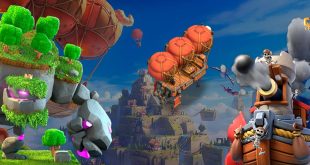 A new update for Clash of clans is ready. Introducing the clan capital, the largest …